Nastiness, Begone! How to Deal with Sewage Backup in Basement

Flood water in your basement stinks. But what stinks even more than that?

You guessed it: sewage backups in your basement.

When sewage backups hit, not only will you be faced with fixing potential water damage, but it’s also exposure to potential health risks from the contaminants. Because of this, it’s not as simple as using a wet/dry vac to suck up water. In most cases, professionals using proper equipment will need to come in and handle the job.

Here are the proper steps to take when dealing with a sewage backup.

Sewage Backup in the Basement? Here’s What To Do

The goal is to salvage any irreplaceable items, but first you should contact a professional. However, if you’re ready to get straight to work, we recommend doing the following:

For safety’s sake, you should also get rid of toys that have been affected. If there’s carpet in the room that’s been seeping in the sludge, toss it out. Discard body products such as makeup, lotions, etc.

Seal any keepsakes like photos or important documents and consider placing them in the freezer to prevent mold growth. This will also improve the chances of salvaging these items at a later time.

Whatever items you’re handling, it’s best to use gloves, rubber boots, and a safety mask while trying to salvage what you can before a professional arrives.

What Causes a Sewer Backup?

There are a few reasons that sewage that’s supposed to be flowing away from your home ends up back there uninvited:

Clogs in Your Sewage Line

This will be apparent if your sinks, tubs, toilets, etc. collectively won’t drain, as opposed to a problem that can be traced down to one pipe.

Avoid flushing solid things down the toilet, including “flushable” wipes. Even though it’s convenient to flush some items rather than toss them out, they can come back to haunt you.

If you live in an older home, the backup could be caused by a rusting cast iron pipe that’s allowing gunk to get in through rust holes. The pipes might also suffer damage if there was heavy machinery putting pressure on the ground above the sewer line outside, causing the weakened lines to bust.

Some newer pipes have perforations to allow water to seep into the soil. The problem is that tree roots will sometimes grow into these holes looking for a water source, which causes a buildup of debris.

How Do You Prevent Sewage Backups?

The most effective way to prevent sewer backups is by hiring professionals to inspect your sewer line. Experts can use an augur equipped with a camera to rip out tree roots, free up obstructions, and determine the condition of the pipe. If you still have a cast iron sewer pipe, now is the time to replace it with PVC to avoid problems in the future.

While there’s no guarantee you’ll never experience a sewer backup in your home, it’s wise to store your most important belongings up on shelves or in leak-proof containers.

Back-flow prevention valves are also an effective way to combat sewer backups. Most new homes have this valve as a standard feature to meet the building code, but many older homes do not.

Please note though, these valves treat the symptoms, and not the problem. That means the valves can hold off sewage from backing up to your home, but the cause still needs to be fixed.

There are guards you can install in your floor drains to prevent water from seeping in from overloaded sewers. You can also purchase water alarms that’ll alert you when water shows up in places where it shouldn’t be. The sooner you know about water or sewage damage, the quicker you’ll be able to address the issue before it gets out of hand.

Get Help from a Basement Restoration Service

A sewage backup is not only smelly and unsightly, but also a health hazard. The key to dealing with the issue is taking action right away and call in a company that offers sewage backup restoration services.

At The Flood Team, we are all about taking care of the messy business in your basement. To find out more about how we can help you, contact us today.

PrevPreviousCategory One
NextDoes Homeowners Insurance Cover Water Damage? What You Need to KnowNext

The Ultimate Water Damage Repair Guide We know water is vital to our survival. Three days is the most any 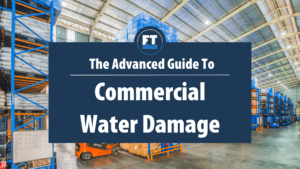 The Advanced Guide To Commercial Water Damage When Water and Work Don’t Mix, Call a Remediation Specialist for the Fix Basement Wet? No sweat! You’ve purchased your home sweet home with a bonus basement. It’s where you plan to lounge

Are Your Household Appliances Causing Your Home Water Damage?

The Slippery Slope of Home Water Damage When most people think of water damage, they think of acts of nature

Extreme extraction is one of the many services we offer. Though water extraction has always 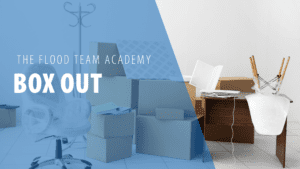 This week we want to talk about doing a box out. After speaking about cross

Moisture mapping is a key process here at The Flood Team. It’s one of the

From emergences to insurance questions.
We're here for you.
Contact Us